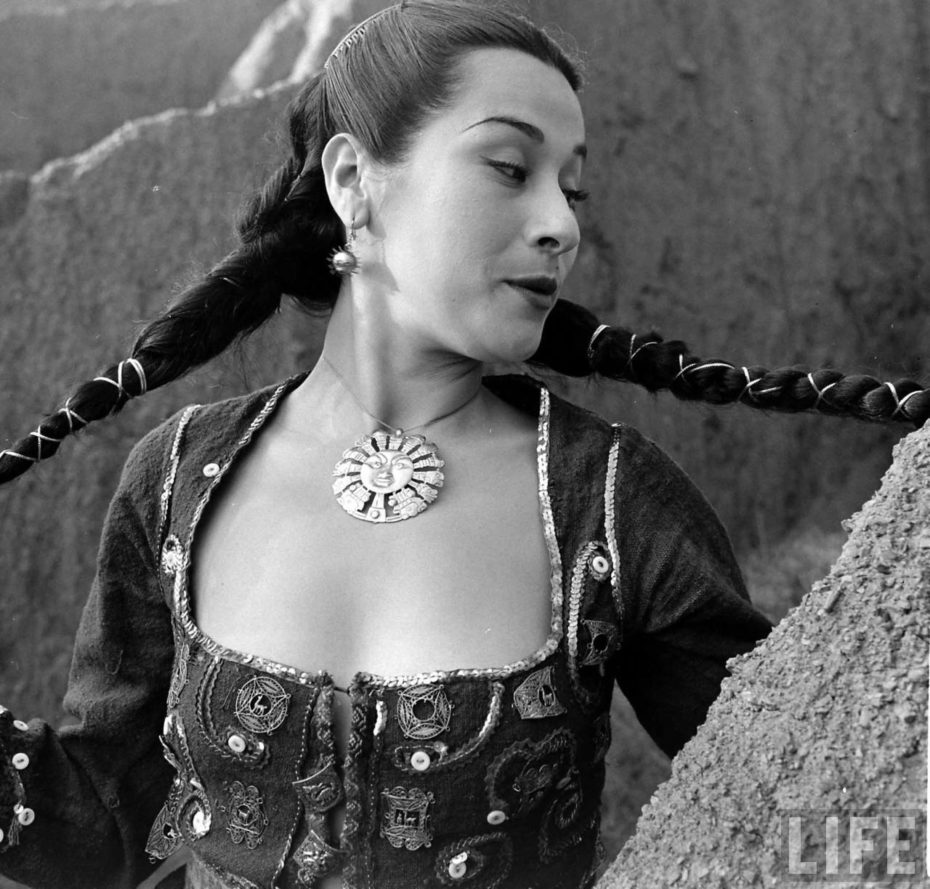 She claimed to be the final descendant of the last Incan Emperor, Atahualpa — a claim the Peruvian government backed in 1946 — and she allegedly learned to sing from “the creatures of the forest.” Yma Sumac didn’t just hit octaves. She knocked them out of the park with a growl, and took them for ride around the Milky Way. For opera aficionados, the Peruvian soprano goes down in history as one of the most talented, and wonderfully weird performers in modern history.

She was born in 1922 as Zoila Augusta Emperatriz Chavarri del Castillo in the misty Andes mountains. When she moved to New York in 1949, Sumac was singing in hole-in-the-wall-joints in the Greenwich Village.

Some reports claimed she had a six-and-a-half octave range, in lieu of the average three. And that made her nothing short of a miracle, and she soon signed with Capitol Records. Bruce Springsteen once declared: “It takes only a fraction of a second to succumb to her unique voice.” Audio restoration expert John H. Haley said her voice had, “the bright penetrating peal of a true coloratura soprano,” but in a place of “alluring sweet darkness…virtually unique in our time.”

Read more and watch videos: Before Björk, There Was the Last Incan Princess